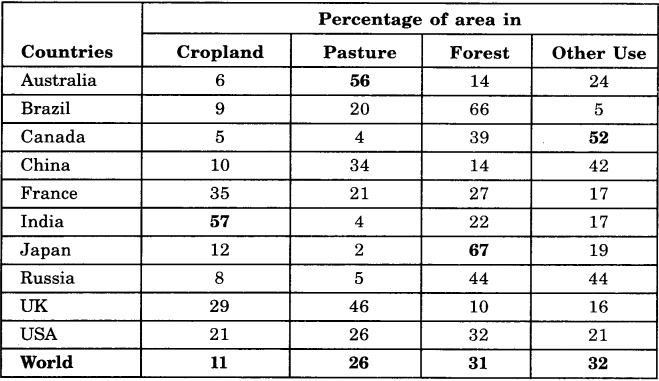 (ii) The land use pattern of these areas affects the economic activities of these countries in the sense that people and their demands are ever growing, however, the availability of land is limited. In the same way the quality of land is also different from one place to another. The common man is encroaching land for housing and industrialisation purposes. In rural areas land is expanded to increase agricultural needs. This also affects the social culture.

Question 3.
Activity : In India soils could be alluvial, black, red, laterite desertic and mountain soil. Collect a handful of different types of soil and observe. How are they different?
Answer:

Question 4.
Answer the following questions.
(i) Which are two main climatic factors responsible for soil formation?
(ii) Write any two reasons for land degradation today.
(iii) Why is land considered an important resource?
(iv) Name any two steps that government has taken to conserve plants and animals.
(v) Suggest three ways to conserve water.
Answer:
(i) The two main climatic factors responsible for soil formation are temperature and rainfall. Rainfall contributes in breaking the rocks by applying pressure. Temperature fluctuations between hot and cold also form cracks in the rocks.

(ii) Reasons for land degradation are :

(iii) Land is considered an important resource because it provides surface for agriculture, living, forestry, industries, construction, etc. Most of the activities take place on land.

(iv) Steps taken by the government to conserve plants and animals are :

Question 5.
Tick the correct answer.
(i) Which one of the following is NOT a factor of soil formation?
(a) time
(b) soil texture
(c) organic matter
Answer:
(b) soil texture

Question 7.
State whether the given statement is true or false.
If true, write the reasons.
(i) Ganga-Brahmaputra plain of India is an overpopulated region.
(ii) Water availability per person in India is declining.
(iii) Rows of trees planted in the coastal areas to check the wind movement is called intercropping.
(iv) Human interference and changes of climate can maintain the ecosystem.
Answer:
(i) True
(ii) True
(iii) False
(iv) True.

Question 8.
Activity
Discuss some more reasons which are responsible for changes of land use pattern. Has your place undergone any change in the land use pattern in recent years?
Find out from your parents and elderly people. You can conduct an interview by asking the following questions. 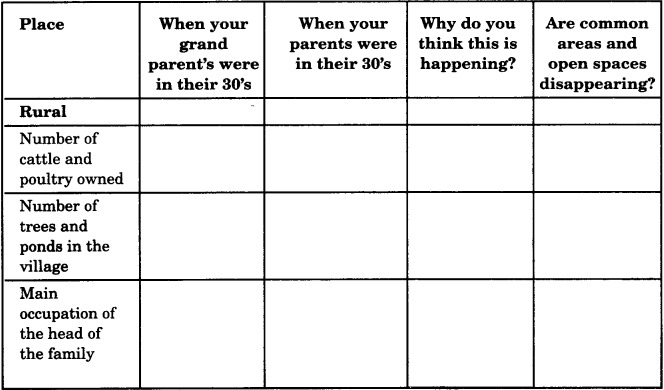 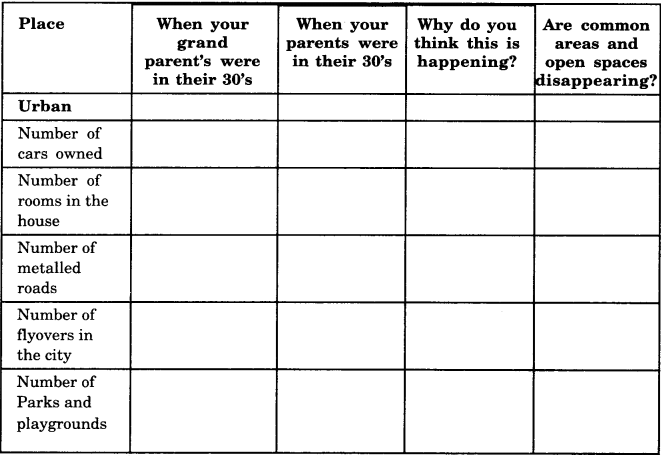 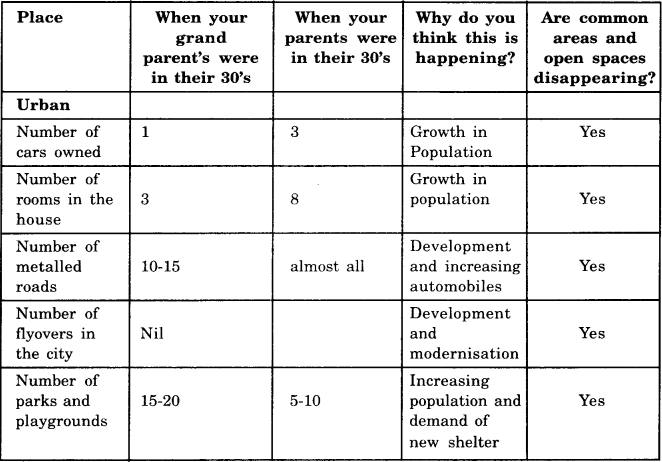