Observe the image of the Parliament and answer the following questions :

Question 1.
What do you think the artist is trying to convey though the image of Parliament?
Answer:
The image portrays that the Indian Parliament is based on the people’s strength and these people come from various religious and back grounds.

Question 3.
Do you think there would be any difference of the class monitor was selected by the teacher or elected by the students? Discuss.
Answer:
A teacher selecting a class monitor is not a democratic process. The selected monitor by the teacher is not a representative of the students of the class. However, if the monitor is elected by the students it will be a democratic process and the monitor will be the representative of the whole class.
Look at the table given and answer the questions that follow :
Results of 8th Lok Sabha Elections (1984)

Note : The Lok Sabha elections were not held in Assam and Punjab during 1984.

Question 5.
Look at the picture given on next page. It shows results from the 3rd Lok Sabha election held in 1962. Use the photograph to answer the following questions. 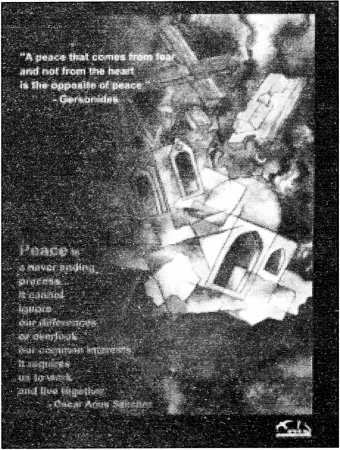 Question 6.
The following is an example of a question asked in the Parliament.
LOK SABHA
UNSTARRED QUESTION NO 2007 ANSWERED ON 30.11.2007
JUNK FOOD IN SCHOOLS
2007. SHRI SALARAPATTY KUPPUSAMY KHARVENTHAN
Will the Minister of WOMEN AND CHILD DEVELOPMENT be pleased to state :
(a) whether the National Commission for Protection of Child Right (NCPCR) has asked all State Governments to ban junk foods in schools and also for setting up of nutrition standards;
(b) If so, the details thereof;
(c) Whether the Union Government has ensured the compliance of the above standards by the States; and
(d) If so, the details thereof
Answer:
THE MINISTER OF STATE OF MINISTRY OF THE WOMEN AND CHILD DEVELOPMENT
(a) and (b) No, Sir, A letter was issued to the States by National Commission for protection of Child Right (NCPCR) to consider providing guidelines to schools to create a school nutrition policy.
(c) and (d) Does not arise.

(b) If I were a Minister of Parliament, I would ask the following question :
What steps has the government taken to ensure education to every child? Why is the government not giving equal status to women?

Question 8.
Looking at this table would you say that people’s participating the past 50 years has : decreased / increased / been stable after initial increase?

Answer:
The people’s participation during the past 50 years is not stable. It is fluctuating from one election to another.

Question 9.
Why do you think there are so few women in parliament? Discuss.
Answer:
In India we still have a male-dominating society. People still do not want women to rule the country. For this reason they avoid giving powrer to the women.

Question 10.
Why do you think the nationalist movement supported the idea that all adults have a right to vote?
Answer:
The nationalist movement became successful only by the participation of people from all sections of society. With the coming of independence, it was felt that people from all sections of society should be allowed to vote in independent India. The government can only function properly if as it is sensitive to the demands and needs of the people. Thus, in the constitution of independent India, the first provision was the principle of universal adult franchise i.e., all adult citizens of the country have a right to vote. By providing this right adult people of all caste, religious sex, etc. would participate in the functioning of the government through their representative. This is true democracy.

Question 12.
You have read in chapter 1 that the ‘Parliamentary form of government’ that exists in India has three tiers. This indudes the parliament (central government) and the various state legislatures (state government). Fill in the following table with information on the various representative from your area :

Note : You can take help of your teacher or parents to write the information related to above of your area.The above matter given is a sample solution for NCT Delhi (East Delhi parliamentary constituency).