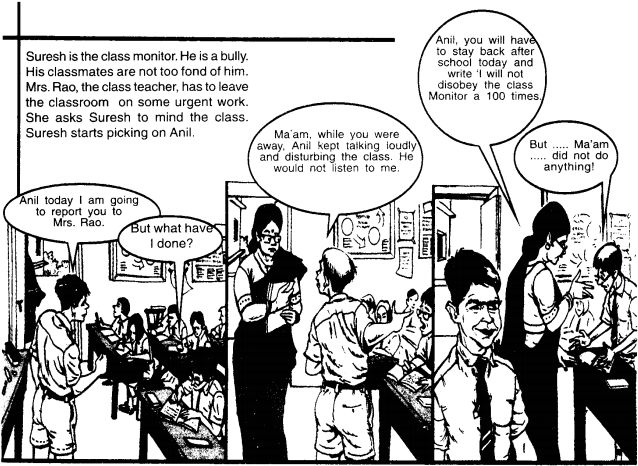 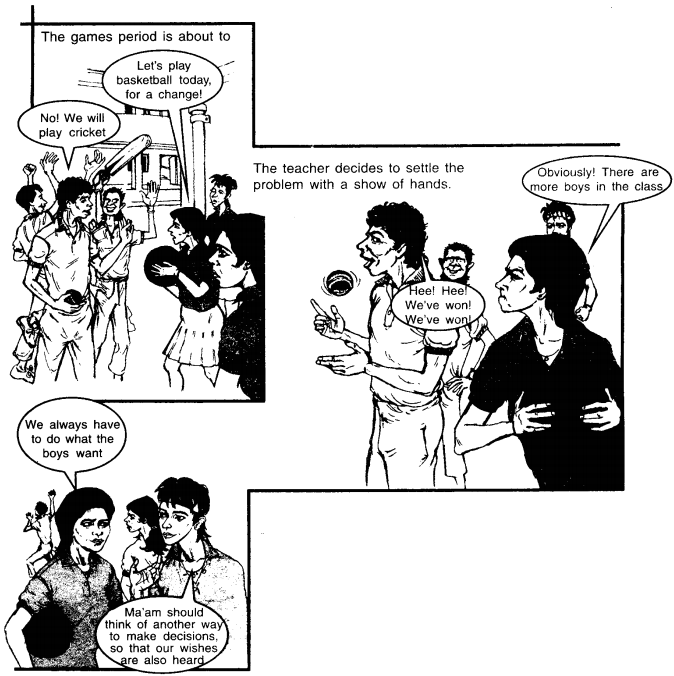 Question 5.
Who is in a minority in the above story board? In what way is this minority being dominated by the decision taken by the majority?
Answer:
The girls are in minority. The majority imposed its will on the minority. At last the girls do what the boys want.
Read the following story board and answer the following questions. 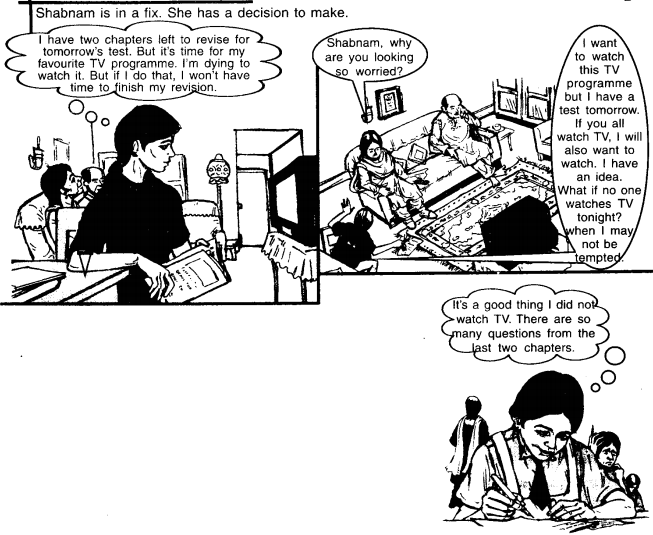 Question 6.
Why was Shabnam happy she had not watched TV? What would you have done in a semester situation?
Answer:
Shabnam spend most of her time revising two chapters for the test instead of watching TV. For this reason, She did excellent in the test. She could answer all the questions and thus, was very happy.

I would have done the same thing what Shabnam did.

Question 7.
Discuss the difference between state and government with your teacher.
Answer:
The government is the main body for administrating and enforcing laws. It can also change with elections. On the other hand, state refers to a political institution that represent a definite territory.

Question 8.
Which Fundamental Rights will the following situation violate :
– If a 13 year child is working in a factory manufacturing carpets.
– If a politician in one state decides not to allow labourers from other states to work in his state.
– If a group of people are not given permission to open a Telugu medium school in Kerala.
– If the government decides not to promote an officer of the armed forces because she is a women.
Answer:
(a) Right against Exploitation
(b) Right to Freedom
(c) Cultural and Educational Right
(d) Right to Equality.

Question 11.
What would happen if there were no restrictions on the power of elected representatives?
Answer:
They would do whatever they wanted, misuse their power which would lead to anarchy.

Question 12.
In each of the following situations, identify the minority. Write one reason why you think it is important to respect the views of the minority in each of these situations.
(a) In a school with 30 teachers, 20 of them are male.
(b) In a city, 5 per cent of the population are Buddhists.
(c) In a factory mess for all employers, 80 per cent are vegetarians.
(d) In a class of 50 students, 40 belong to more well off families.
Answer:
(a) The female teachers are in minority. It is important to respect their views because they are also a part of the school and contribute to the standard of teaching of the school.
(b) The Buddhists are in minority. They should also be given equal rights and they are also citizens of our country.
(c) The non-vegetarians are in minority. Their views should also be respected because they are also human beings.
(d) The 10 per cent of the class are from poor or middle class families. Their views must also be respected as they are also equal and part of the class.

Question 13.
The column on the left lists some of the key features of the Indian Constitution. In the other column write two sentences, in your own words, on why you think their feature is important.

Question 14.
Colour in the following countries in this map :
(a) Colour India in red
(b) Colour Nepal in green
(c) Colour Bangladesh in yellow. 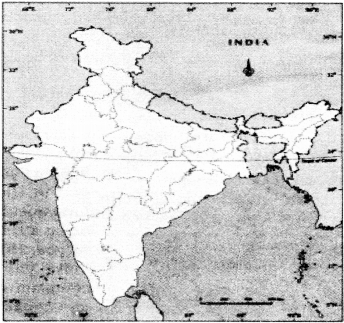